Night Pics From Around Town

A few pictures I took last week around Colindres. 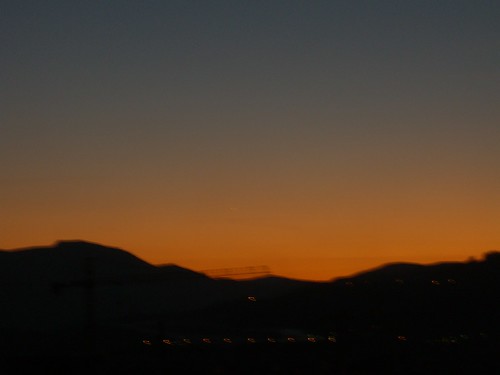 What a beautiful gradient color change in a cloudless sunset. 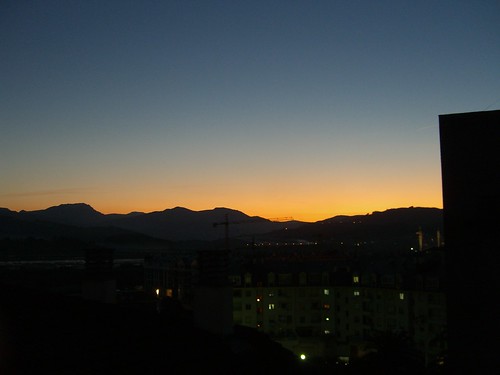 Zoomed out showing the whole horizon, as seen from our house. 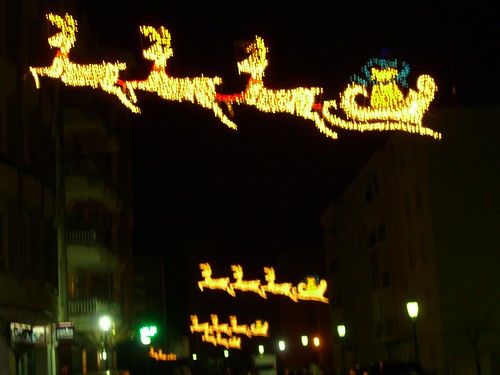 For Christmas 2005, this street had lights representing the three wise men. This year, they went with a more secular myth. Although it looks like Santa has fallen out somewhere along the way and the reindeer have free rein.

The Spanish, you see, are very confused about Christmas. As this article from my favorite online Spanish news site explains, the invasion of American culture and icons has the Spanish children expecting presents from Santa (they call him Papa Noel) on Christmas morning and then again from the more traditional "some guy broke into the house and left you a present" three wise men on January 6th. 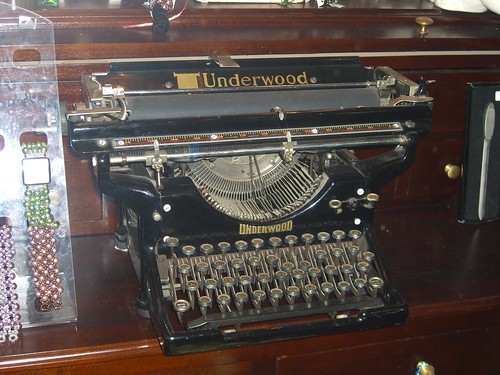 I liked this typewriter in a local shop window. If you look carefully, you'll notice the "í‘" key to the right of the "L" (to type that character, I switched keyboard layouts and hit the semi-colon key).

Of course now I have to tell The Typewriter Story...

When I was in first or second grade, my father, in an attempt to promote the local computer store he'd recently opened, offered to give a demonstration about computers to the local elementary school teachers. I was enlisted to help, and he and I gave a presentation in the school library to the teachers. While in the library, I saw the first typewriter I'd ever seen (or noticed), and I told my father, "Wow! Look at that! It's a keyboard connected directly to a printer! You don't even need the computer!"

Of course, I remember nothing of the incident and am telling what I recall my father telling me. Perhaps if I've made an error, he can correct in the comments. But it definitely sounds like something I'd say.

Occasionally, during one of the half dozen times I use a pen or pencil every year, my brain will flash through the mechanics of how my input could be digitally read and the written via printer. Crazy, isn't it?