The town where I live, Colindres, has recently started a campaign against canine defecation in public areas. There were even some posters of close-up sidewalk fecal deposits. Those were taken down before I could get a picture. The translation of the sign is:

Personally, I would have changed "vayas" to "vaya", changing the meaning to, "Wherever he/she/it goes, pick it up!" 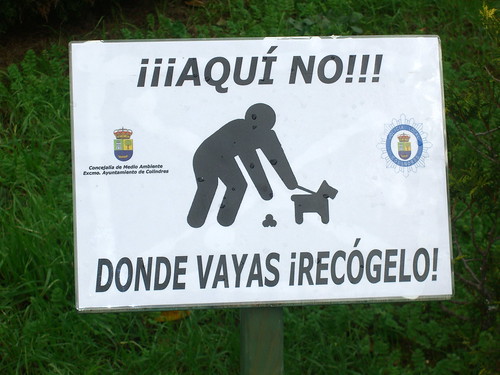 As an avid fan of Ze Frank, I must attempt a couple Ze-esque captions here:

Visitors are encouraged to leave other captions in the comments.

Right after taking this picture, a dog walked by off-leash, with no owner in sight, and began sniffing the grass in a way that any dog owner understands. I was so pleased! It looked like Lady Luck was gonna pinch me a golden loaf of photographic irony. So I stood there, looking up the sky in feigned disinterest (again something that any dog owner understands). And when the hound began to hunker, I quickly found the best angle to get both the sign and the pooch, and snapped this gem: 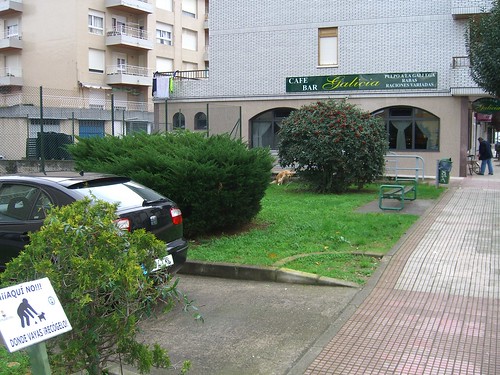 Too bad he was so far away from the sign. 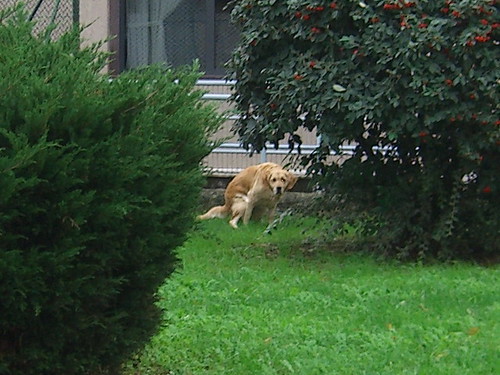 A cropped close-up, since he was so small in the other one.

On the same walk, I figured I should get a picture of the other one of these signs that I know about. Some teenager did his best to make into a poop joke. This one reads:

Here! Pick it up! 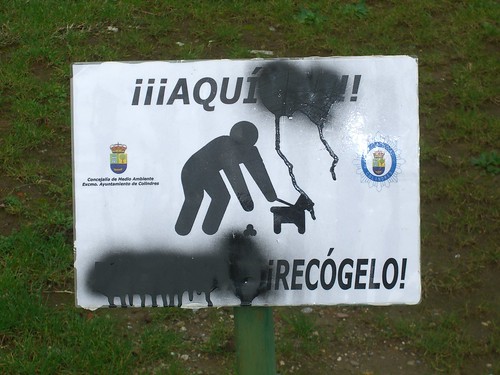 This particular region of Spain has the least amount of spray-paint vandalism of anywhere I've lived in Europe. There is only one other place in Colindres that I know of that is spray painted, and it says, "Say 'No' to drugs!" I guess the authorities aren't in a rush to clean up that message.

Whew! It was about time for a lighthearted blog post.