It's a slow blogging week. We went to Marga's folks for the weekend and I came down with a cold. From one day to the next, I went from perfectly fine to bedridden. The first time I visited them I did the same thing, as well as the first year I went to Extremadura with them. They must think I have a very weak immune system. 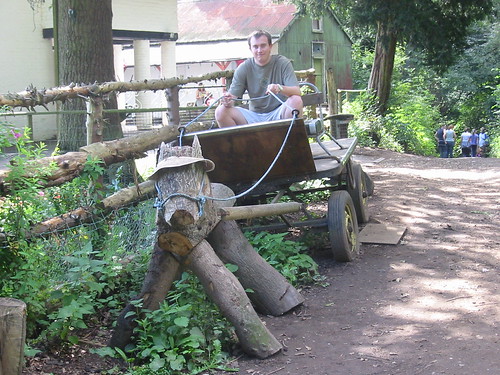 Log Horse - An all-wooden horse and buggy at an historical tourist destination in Telford, England in September, 2004. 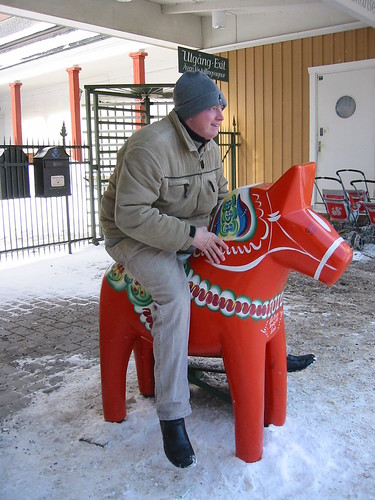 Riding a Swedish Horse - These wooden horses can be seen all around Sweden. They are the nations symbol of lucky production. This one was at the Stockholm Zoo in February, 2005.

The best explanation I could find for the origin of this symbol in Sweden was on this page:

One day... at the beginning of XX century... a young carpenter from Dalarna, engrossed in his thoughts, was distract carving with is knife a little piece of wood. After some hours of working with his wonder he had made the copy of a little horse that had been grazing all the morning in the lawn of the house. From then on, the little wooden horse became not only the symbol of lucky production but also the mascot of the nation.