On our last day in New York City, we only had one remaining tourism target: the UN. Be sure to check out parts 1, 2, and 3. On Sunday, October 15, 2006, we packed our bags and checked out of the hotel. They let us leave our two bags in a storage room for an additional $5/bag, where it was available to all other storage room users. We still told the airport security that it had been in our possession since we packed it. 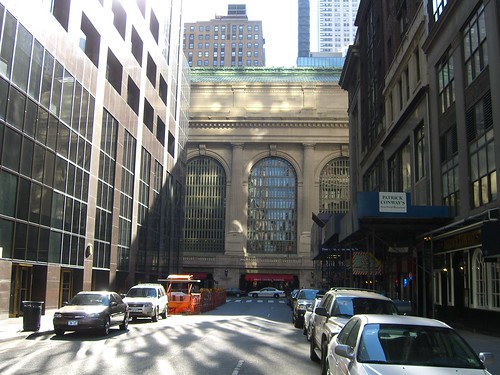 A quick glance towards Grand Central Station on the way to the UN. 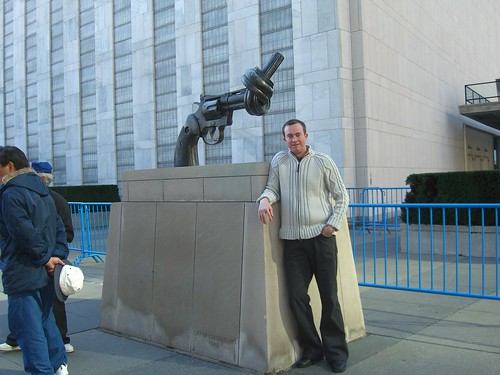 This sculpture has to be the most perfect symbol for peace in the 21st century. There was a bunch of olive branch and white dove imagery inside the UN, but you have to be well versed in mythology and symbolism to understand that. This sculpture, on the other hand, is as obvious as can be. 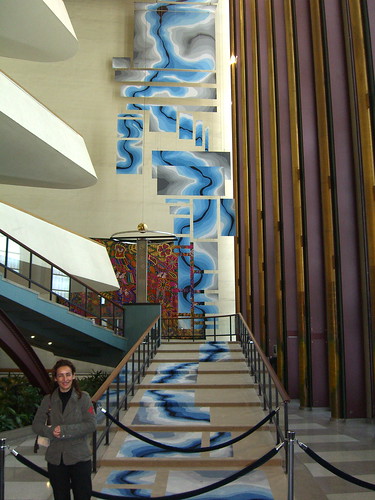 A ramp we remembered from The Interpreter. A good movie, by the way. 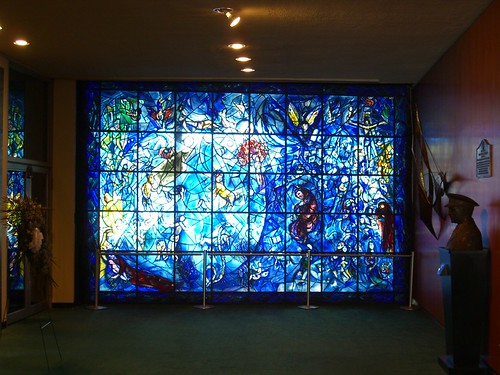 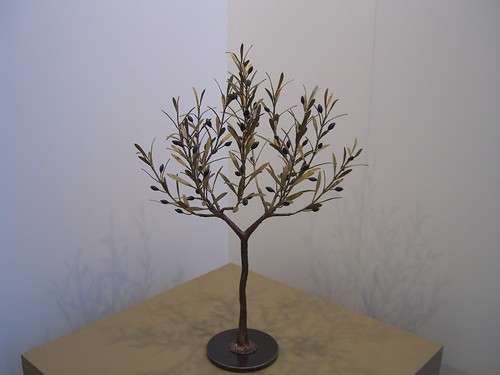 We elected not to take the UN tour, but we did browse through some political cartoons they had hanging on the wall. I took some pictures of the best ones. You really should click on the images to see them better. 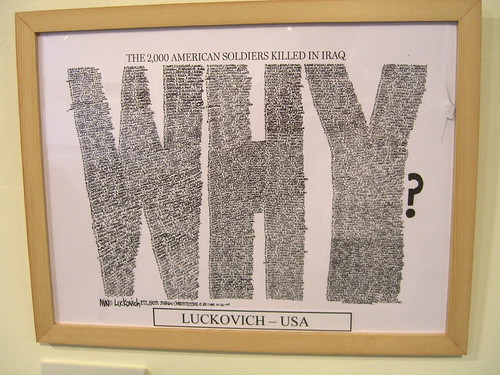 The names of 2000 US soldiers killed in Iraq. How powerful is that? 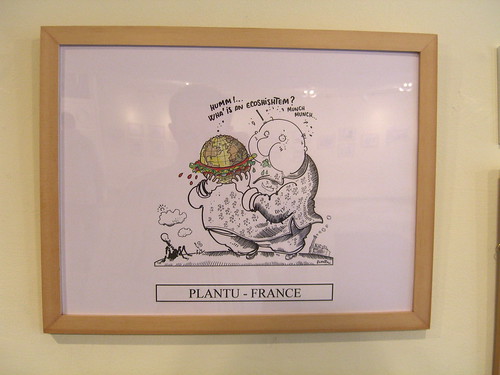 I was reminded of Ze's If The Earth Were A Sandwich campaign. 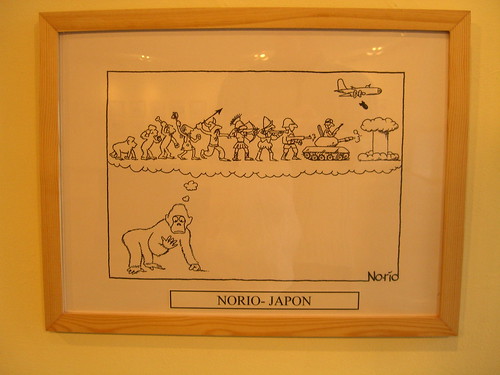 Maybe we should've stayed in the trees. 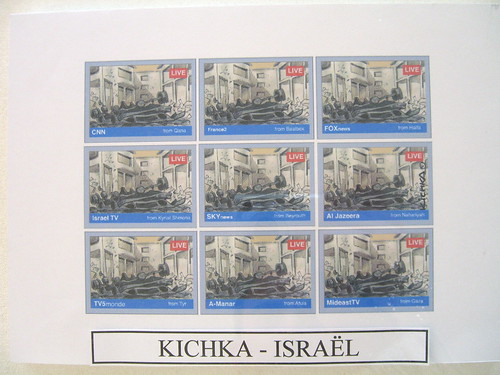 What a great wordless critique on the media. 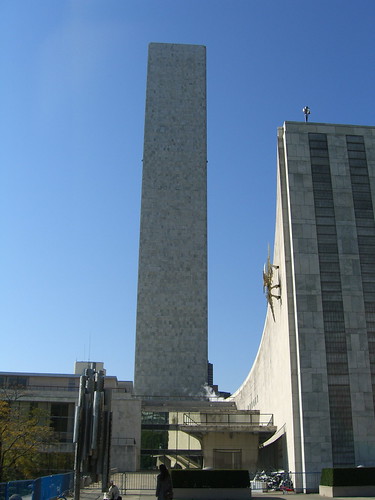 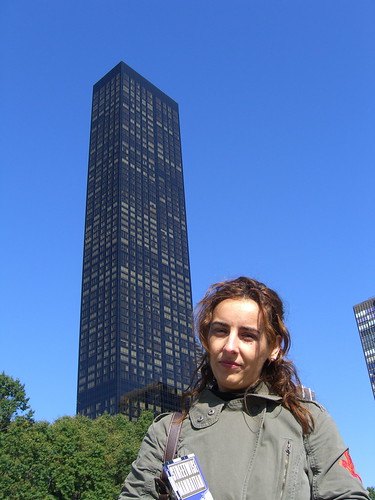 Another thin building. How do these not blow over? 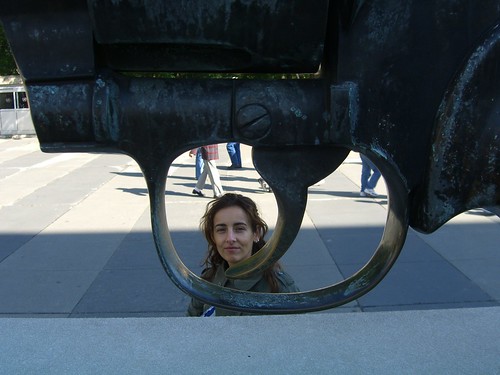 Photography fun with the sculpture. 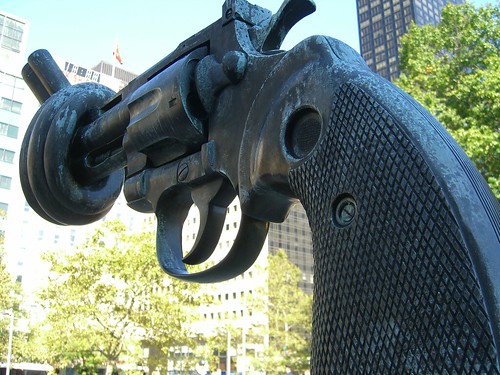 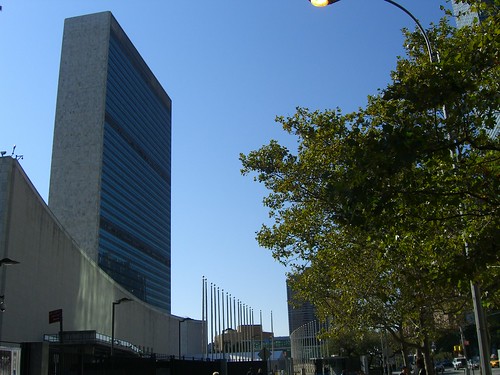 Saying good-bye to the UN building. We were disappointed that the flags weren't flying. South Korea's Ban Ki-moon was named as Kofi Annan's successor while we were in New York. I don't know anything about the guy, but I'm happy that someone with a vested interest in keeping peace in the Korean peninsula was chosen. 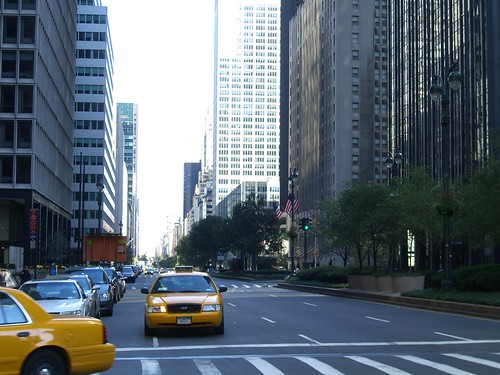 I never ceased to be amazed at how strange it is to have such tall buildings, but to then see all the way to the horizon down each street. 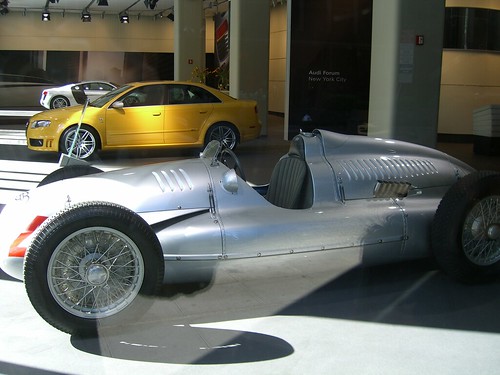 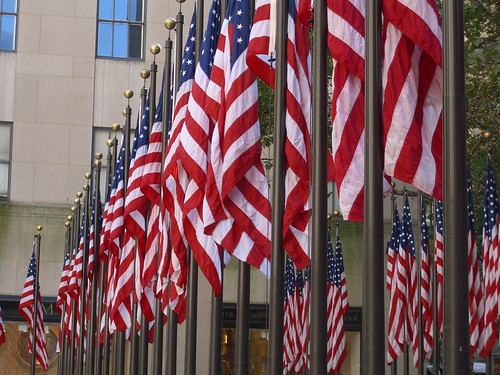 Back in Rockefeller Plaza, they had replaced all the flags. It was much prettier before, if you ask me. (Quick, put me in jail for not being a patriot!) 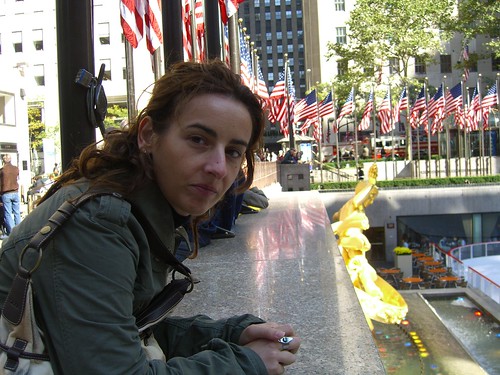 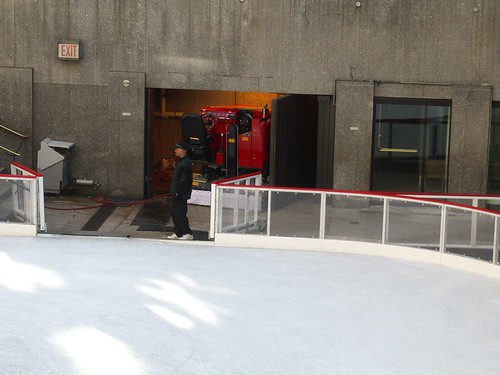 It's zamboni time! Zamboni has to be one of the coolest words. 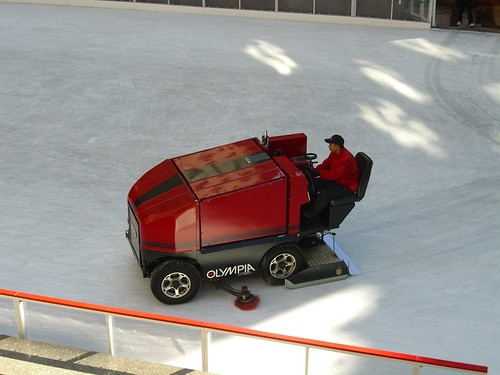 Does anyone have any idea why these things have to be so big? 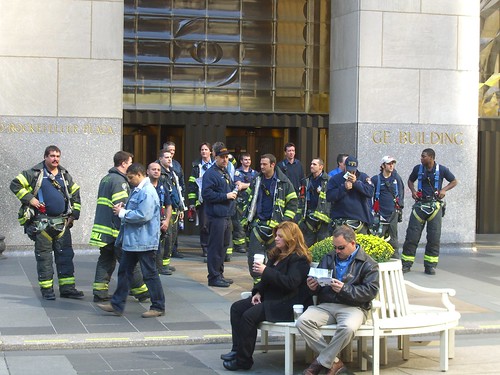 There were a bunch of firefighters around for some reason. A few people asked to have their picture taken with them. After 9-11, wearing FDNY gear makes you a celebrity. It was strange, though, because the firefighters were there taking pictures and acting like tourists and saying things like, "The ice rink looks a lot bigger on TV." 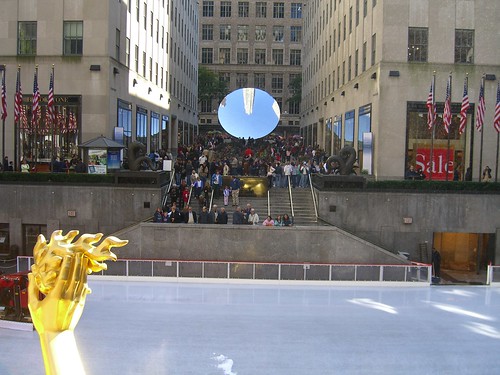 Looking towards that big concave mirror. 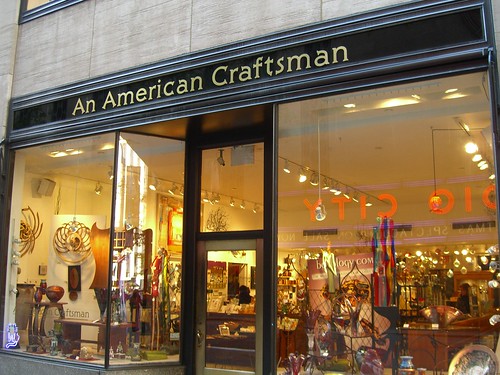 Marga and I loved just about every item in this store, which, as you can see, is across the street from Radio City Music Hall.

revver(80778) A cool spinny-thing in the window of the store.

We found a huge market going on the Avenue of the Americas. 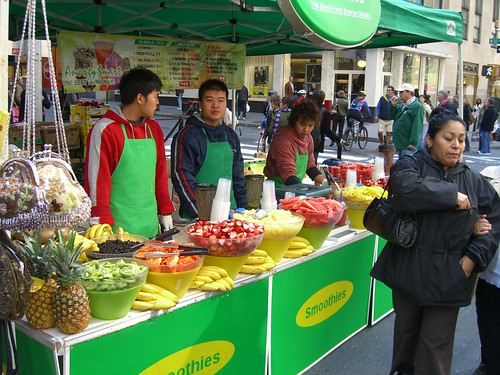 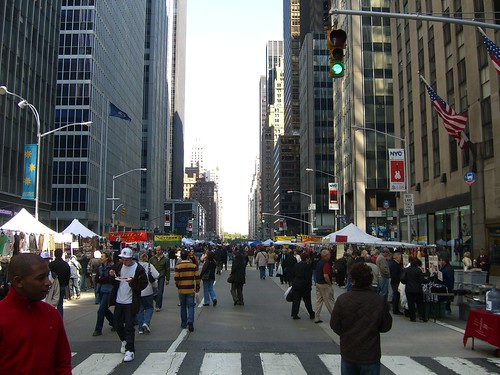 It stretched all the way to Central Park. 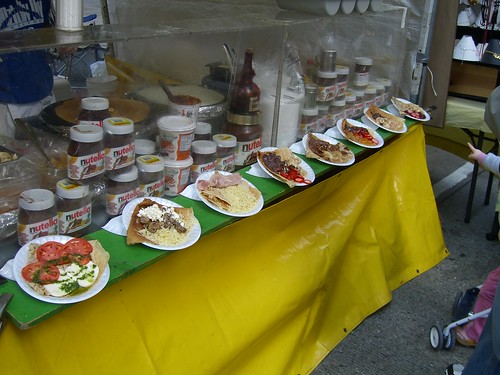 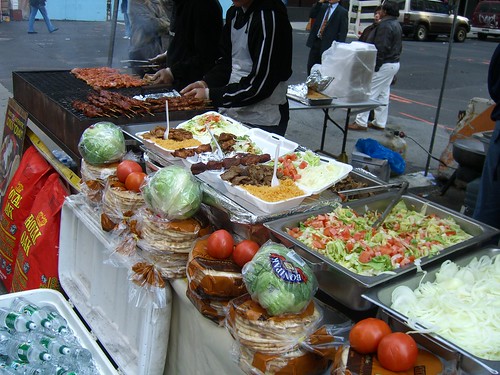 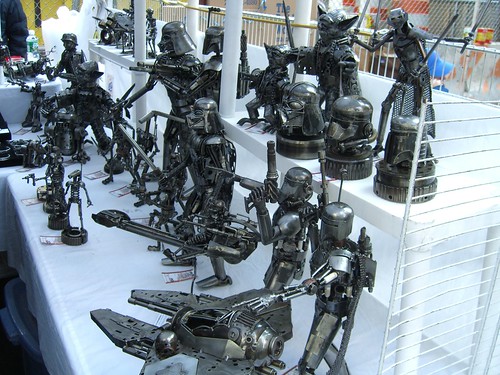 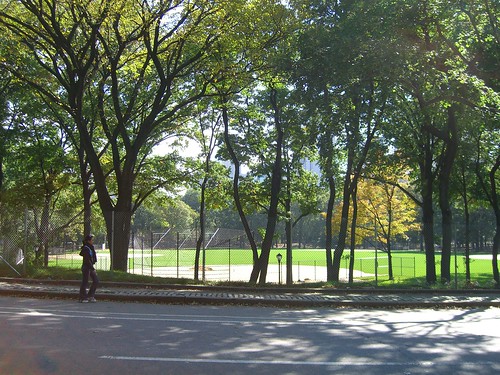 Some baseball fields in Central Park that I remembered seeing from the Google Maps satellite imagery. 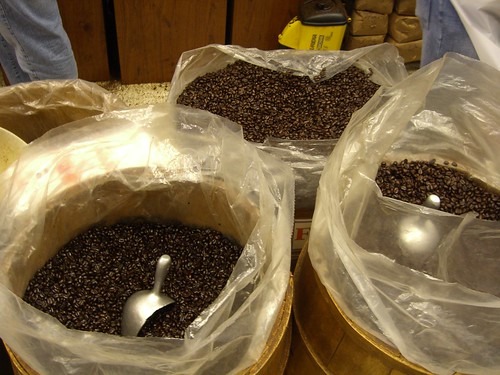 We bought some coffee at this super-posh supermarket. It made our suitcase smell really nice. Marga claimed to smell it from the back seat of the taxi with the suitcase in the trunk (I slept for the whole ride to the airport). Surprisingly, the coffee was still there when we arrived in Spain.

Something interesting always happens to me in an airport when I'm returning from a vacation. This time it was after our plane landed in Madrid and we were walking like mindless sheep up escalators and down corridors. A woman behind me stopped us and said that a big wad of US twenties had just fallen on the floor and must belong to us. It was clearly at least $150 or $200. Unfortunately, I was half-asleep and slow-thinkingly said that it wasn't ours. My first instinct was to be a nice person and not an opportunistic one. Oh well. I would have made a nice dent in our trip expenses, or mostly paid for my new iPod.

We arrived home just before 1:00 PM on Monday. I worked until about 10:00 PM when my brain shut off. Marga had already been in bed for three hours. We were beat!

It was great trip. It's amazing that we were gone for so few days.