Last Sunday, Marga's folks and grandfather came to visit just for the day. We went to the nearby town of Santoña to see a bullfight. We had no tickets and were planning to buy them at the gate. Santoña is just a medium-sized town, not a big city like León, Santander, or Bilbao, where the other bullfights I've seen took place, so the bullring is quite small. Plus, it wasn't even a real bullfight, just a "novillada", which is like a novice bullfight, with trainee matadors and smaller animals. So you can imagine our surprise to hear at the ticket booth that the tickets cost 20% more (30€ instead of 25€) than the ones in Bilbao with real bulls and matadors a few weeks ago. We even got a peek in the gates and saw that the bullring was almost completely devoid of spectators. We told the guy in the ticket booth, "Look, we'll give you 100€ for the five of us to enter." His response was that he didn't set the price and there was nothing in it for him personally to sell seats at a lower price that would go unsold. We asked that he tell his superiors that they lost our business because of outrageous prices, and he said he would.

I'm kind of glad that we didn't go in, because when we walked away, we got to see a little bit of what goes on "backstage" at a bullfight, namely what happens with the bovine carcasses. We watched as one was unhooked from the horses that drag it out of the ring, picked up in a bulldozer (what an apt name in this instance), and loaded into the back of a truck. 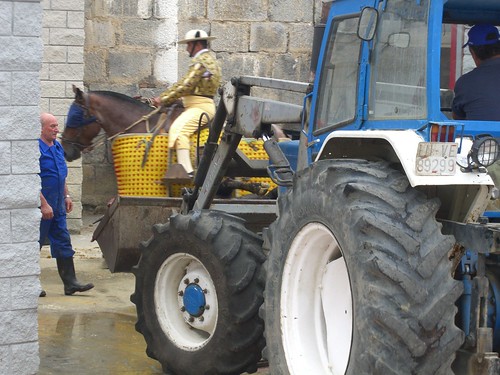 In goes the bulldozer to find the "dozing" bull. 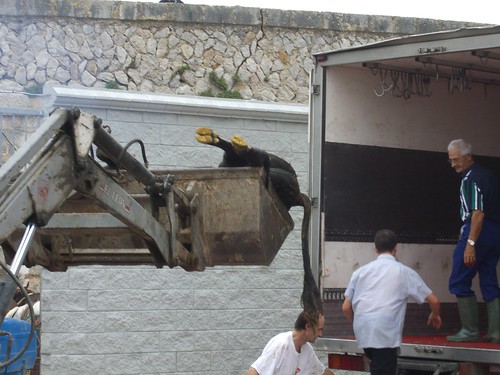 Got him, his hooves still covered in bullring sand. 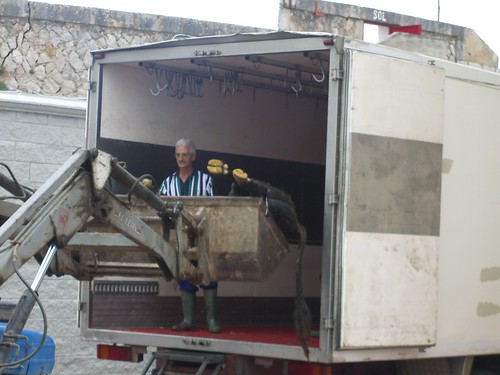 In he goes. Notice the meat hooks? That's a slaughterhouse truck. 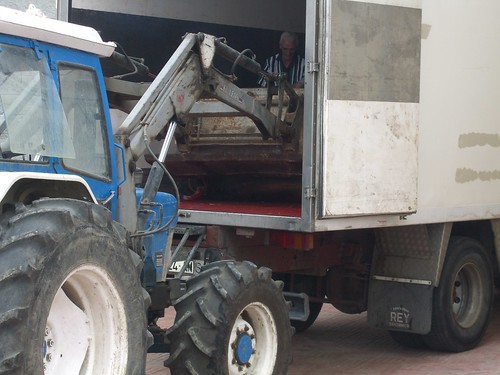 Set him down easy, boys. 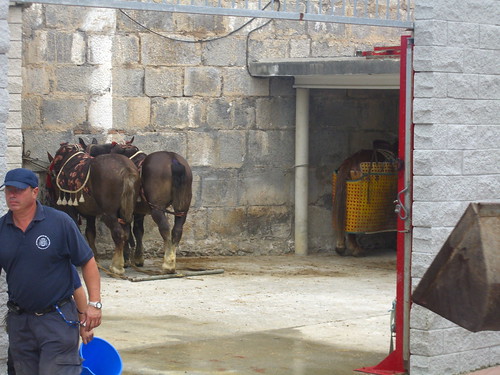 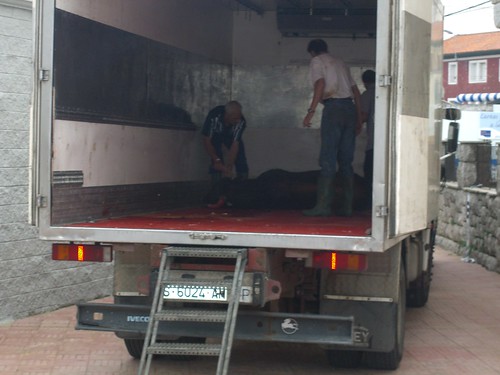 They slide him all the way to the back. 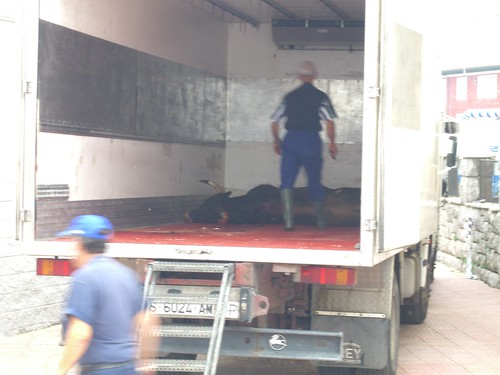 They gotta fit six of them in there, you know. 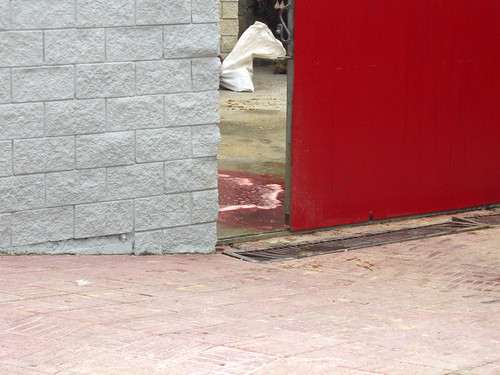 They hose down the bloody area inside the gate. 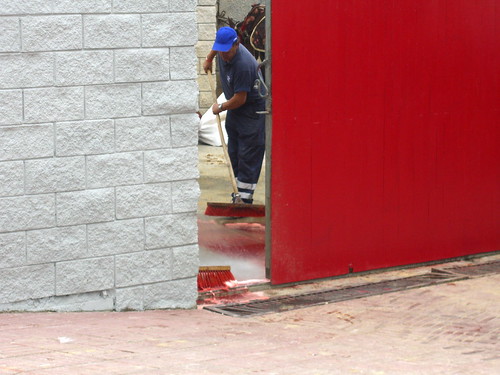 A group with matching t-shirts watches from the top of the bullring wall.

Also in Santoña that same day, there was a rowing race. 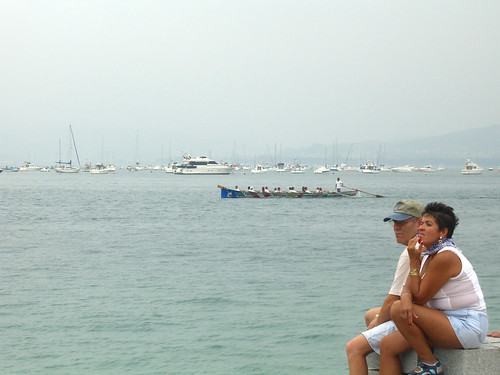 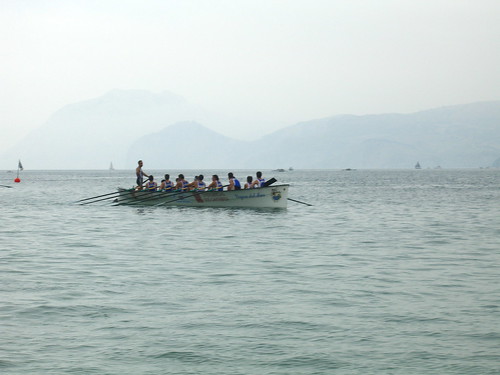 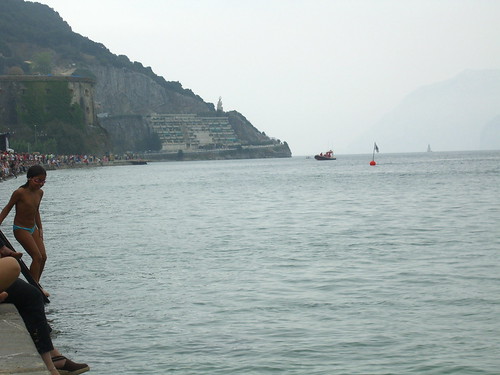 People lined the water's edge for a long way. Some children were jumping into and out of the water. 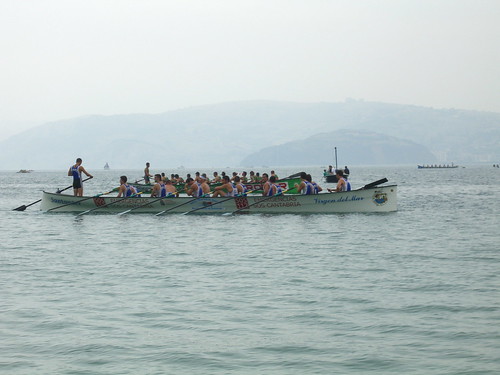 I couldn't figure out if the race was over or people were waiting for it to start, but the boats were facing in many different directions. We watched for a few minutes, but left when nothing interesting happened.