This past weekend, we went to Mondragon to celebrate Grandpa Ramón's birthday. We had a big feast at the Extremadura Cultural Center where most of Marga's family are members. I was surprised to see that the birthday cake bore a piece of artwork of mine.1

Last year in Extremadura, I gave a present to Grandpa Ramón that was a little cheap photo frame with a few pictures inside it that I had taken that very same visit and had a local shop print for me. The best one of those was this picture here: 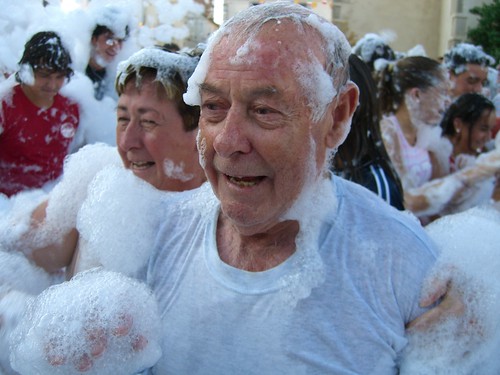 Someone in the family had "borrowed" that picture from him without his knowledge and given it to the pastry shop to scan and use their "cake printer" to put it onto the cake. 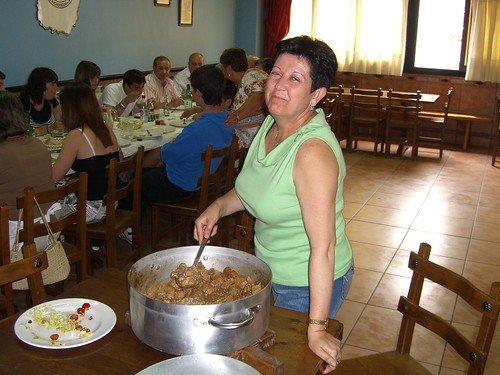 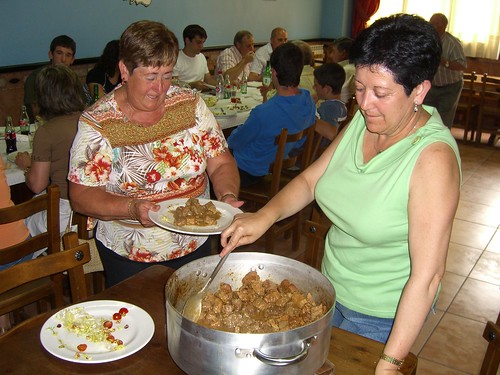 Marce helps with delivering the plates. 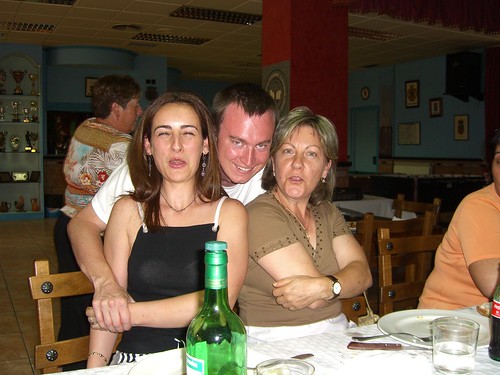 Erik between two Margas. I had to grab the hands and "straitjacket" them to keep them from poking at each other like little kids. My complexion is due to one part sun, two parts wine. 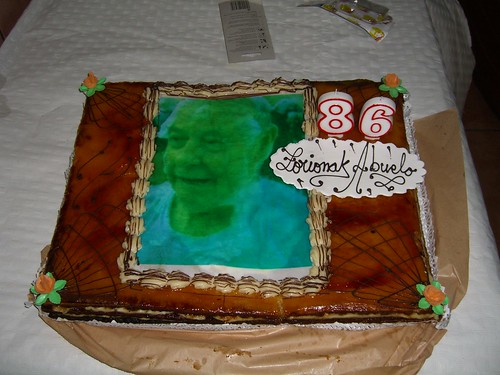 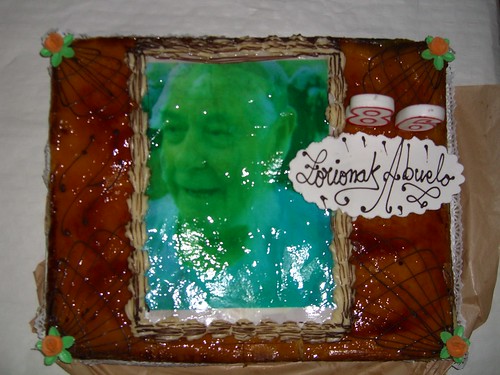 "Zorionak" is "Congratulations" in Basque. "Abuelo" is "Grandpa" in Spanish. 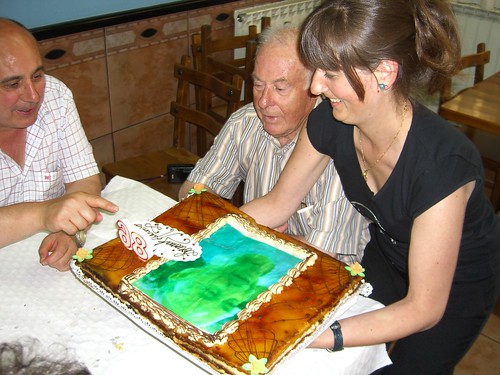 Belén presents her grandfather with his cake. 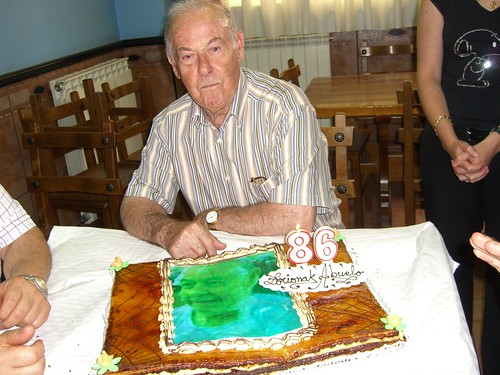 Posing with his pastry likeness. 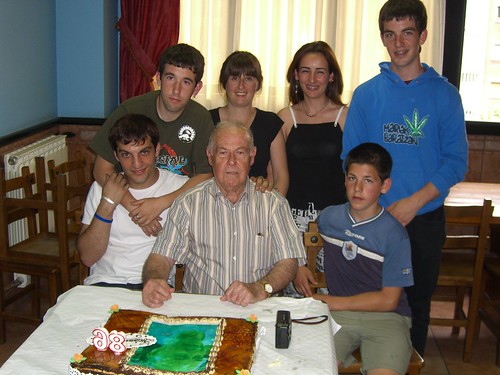 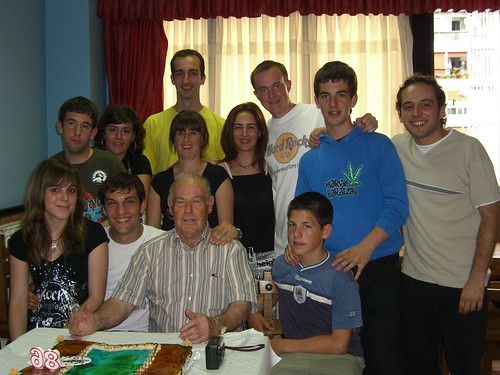 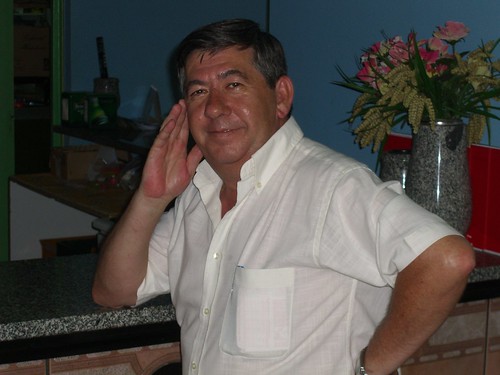 On Sunday morning, I went with Juan (Marga's father), as I often do, to care for his chickens. 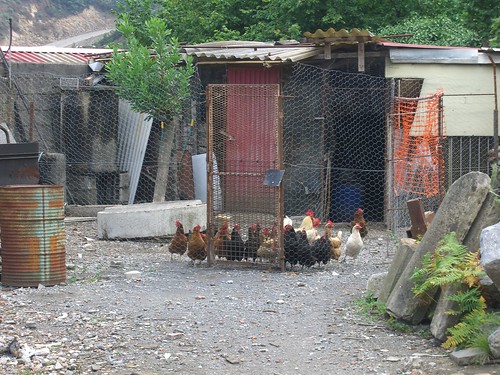 Upon hearing us arrive, they all came out and stood by the door to their pen. 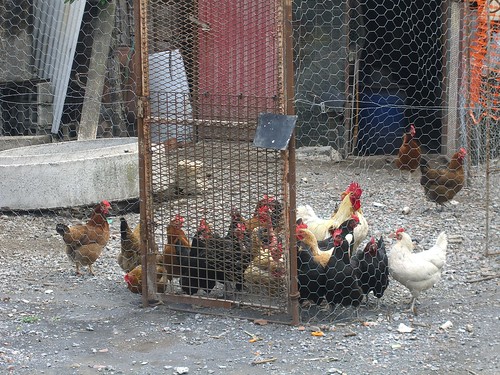 Every little scrap of uneaten food at Juan and Marce's house is put into a plastic bag and brought to the chickens. They eat everything. 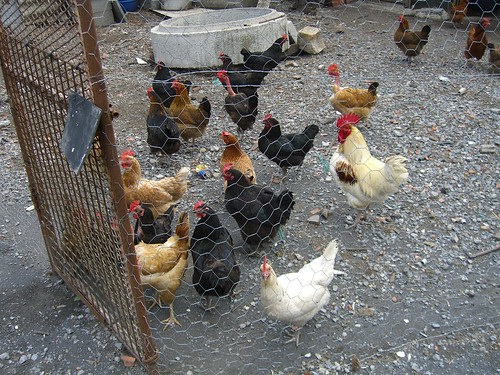 They certainly aren't the cleverest of animals, but we did have to devise a system to stop one of them from jumping up on a series of objects to escape from the pen. 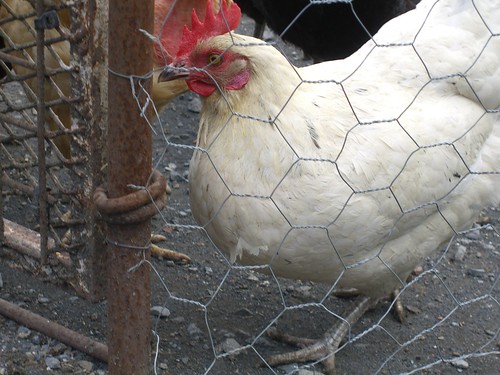 This gal would look good on a bed of rice. 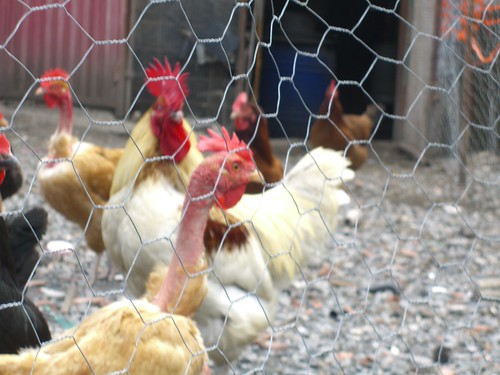 Some breeds are uglier than others.

1I have decided not to sue for copyright infringement.