My cousin, Andrew, visited us on Thursday, Friday, and Saturday as part of his month-long European train tour. It sure seemed like he was glad to have a flat bed in a room all to himself. From my limited experience, it's hard to get a good night's sleep in trains and hostals.

Mainly, we spent a lot of time walking on the beach and sitting at the bar. I wanted to show him a more relaxing time than he'd had visiting museums and photographing old buildings in old European cities.

The day before he came to see us, he spent in Bilbao seeing the sites. The first two photos are his. 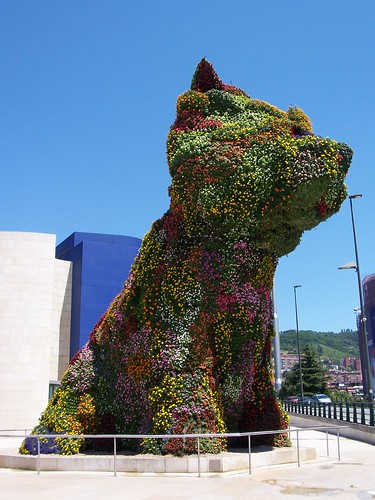 If this isn't enough to get my mother to register and leave a comment, I don't know what is. 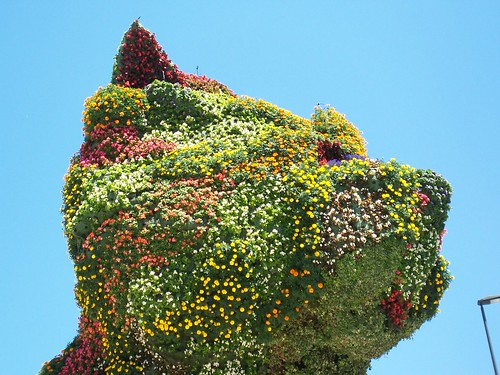 Intrigued, Andrew examined how this flowery sculpture is made. It's a plastic mesh that the flowers are grown into which is simply draped over a terrier-shaped structure. 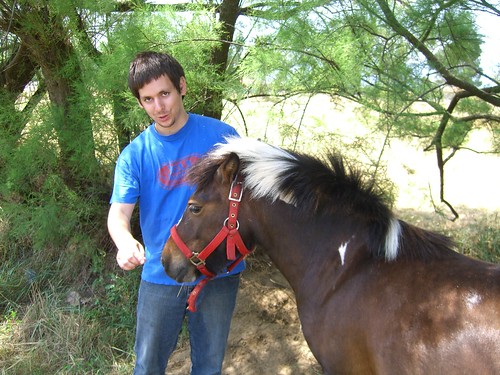 On one of our walks to the beach, we had to rescue this horse (pony?). He had wandered through this tree line, in search for taller, lusher grass, of course, and gotten his rope wound around a few trees and his legs. While one of us held him, the other one untangled the rope between his legs. We were unable to lead him back to his field, 'cause he just didn't want to go, but we did leave the rope untangled through a hole in the trees. We were by far the most interesting, kind thing that had happened to him in a while, and he followed us as we left all the way until his rope was taut, but then resigned himself to eating the tall grass. 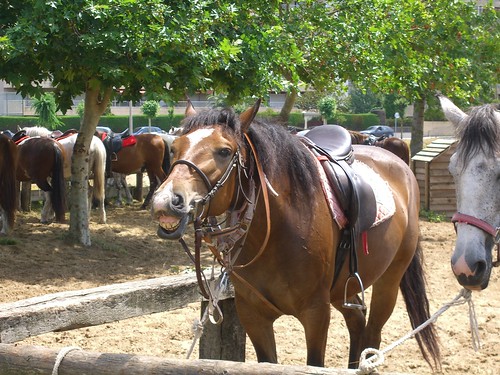 On the way back, we passed by the Laredo Equestrian Center, where we found this grinner. 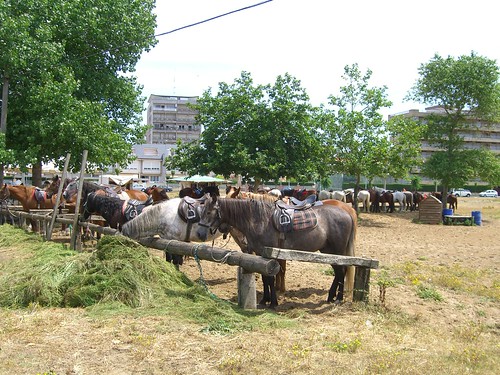 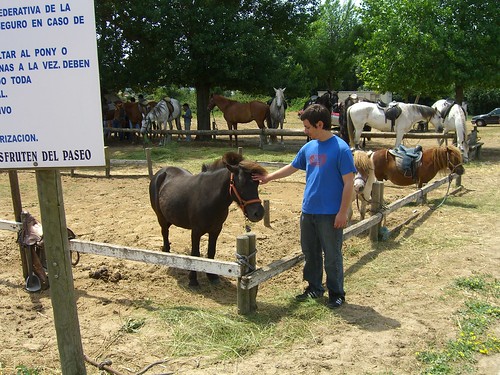 There were some tiny ponies there! The brown one on the far corner was about as wide as he was tall. 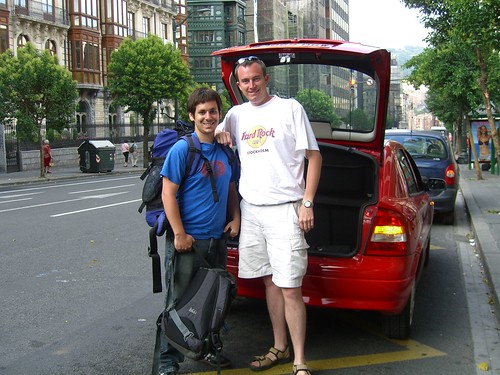 Parting where I found him, at the Bilbao train station. He left for Paris, via Madrid, and later goes to London, before returning to the Homeland on Wednesday.