On Sunday, we went to Mondragon to see two soccer matches, organized in honor of Marga's uncle, Jose Luis, who passed away in February. The first was between two teams of ten-year-olds that Jose Luis had coached, and the second was between Jose Luis' eldest son's, Gorka's, team, and Jose Luis' friends (many of whom were fathers of the opposing players). His younger son, Ion, also played. Ion, though three years younger, was the best player on the youngster team. 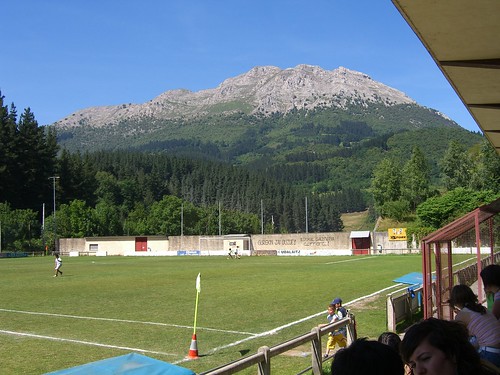 The game was overseen by a huge mountain. 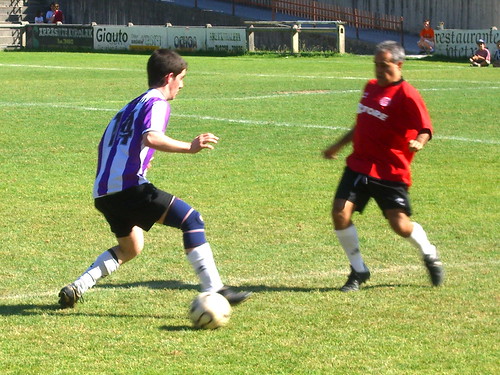 Not a flattering picture of Gorka, taken shortly after the ball flew right by him. 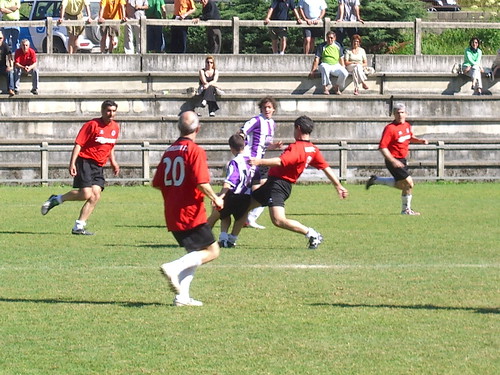 Ion, small for his age, and the youngest on the team, was by far the smallest player. 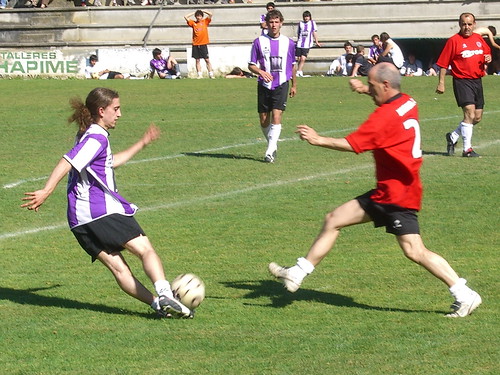 A nice action shot. Somehow, no ankles were broken here.

A panorama from fieldside. 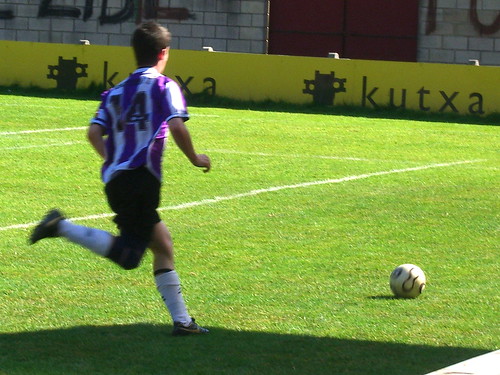 Gorka chases down a long ball. 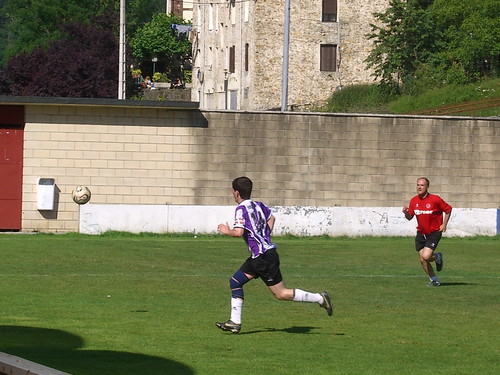 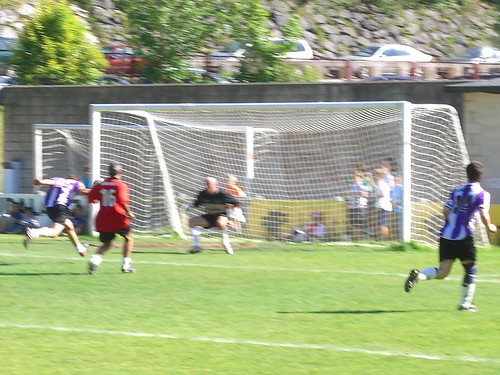 The young guns score a goal via header. 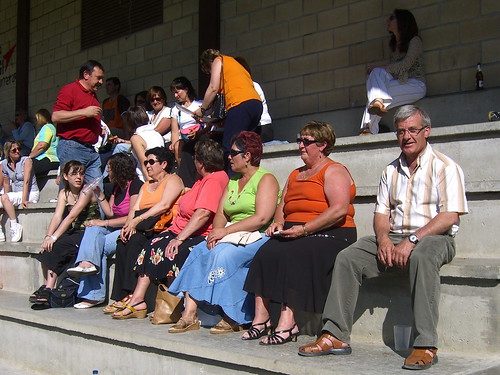 From right to left: Uncle Antonio, Marce, Aunt Manoli, Candi (a friend of the family), Aunt Inés, and other people. 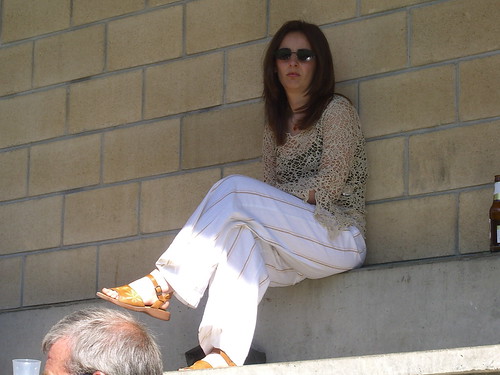 Marga sits up high where there is still shade. 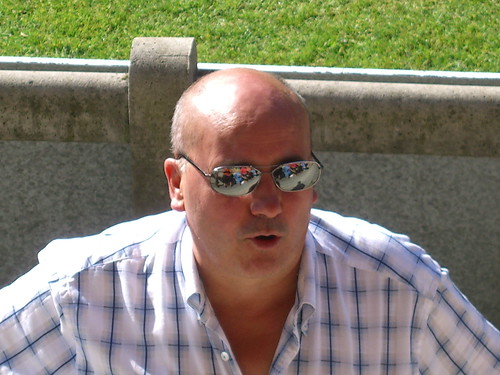 Alejo, a good friend of Marga's father, says something to the row of women pictured above. Sunglasses reflection shots are cool. 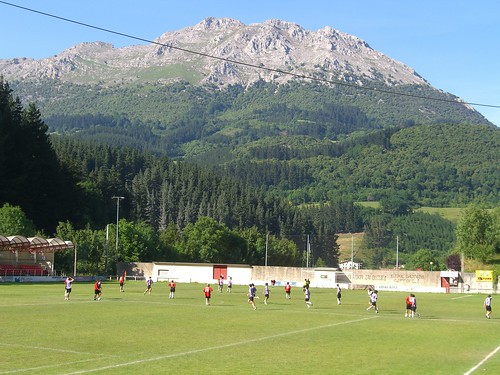 The mountain watches the game. 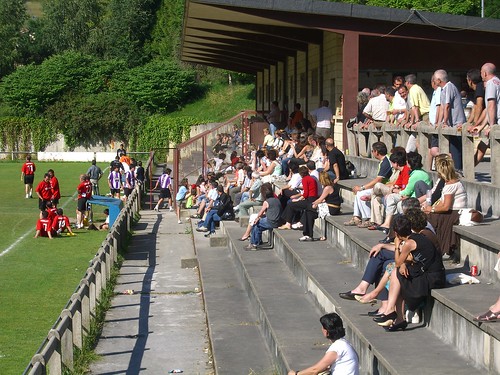 Quite a few people turned out, but people said that it would have been more if the advertising posters were posted in Spanish as well as Basque. 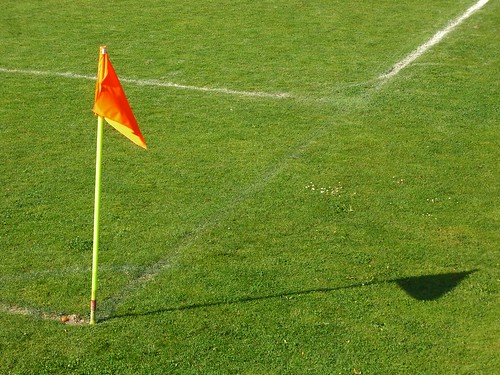 The Spanish word for "corner kick" is "corner". 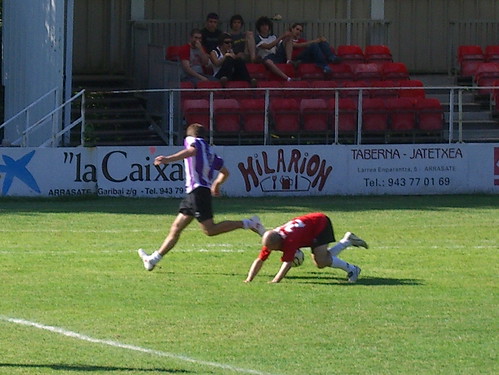 An old guy bites the dust.

The old folks' only goal. 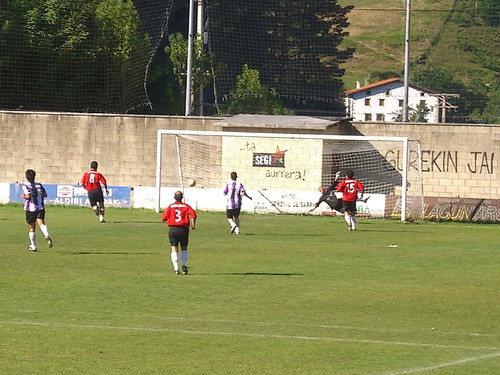 Another goal for the young guns. The final score must have been 6-1 or 7-1. 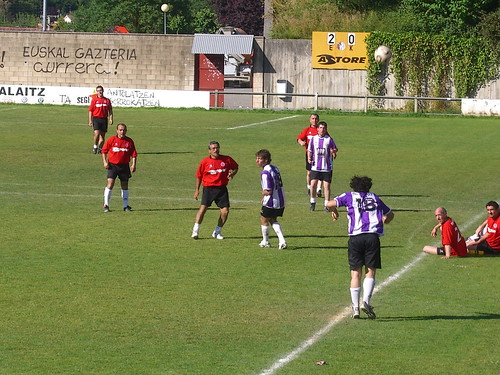 Both feet on the ground, very good. 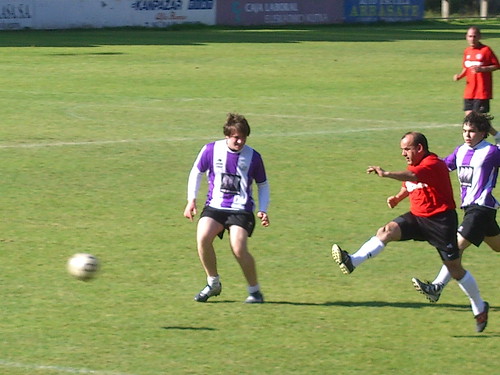 Quite a few of the red team were bald or balding. 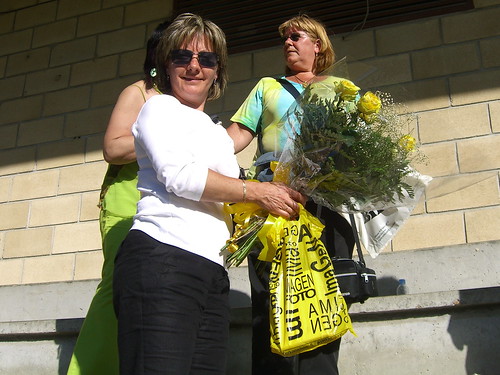 The widow got lots of attention, of course. 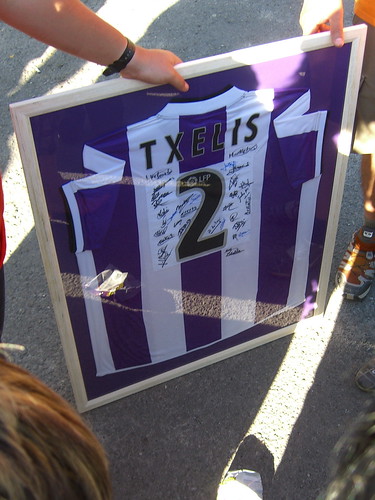 Jose Luis' team gave Aunt Marga this beautiful jersey (his Basque name is "Txelis"), signed by each member of the team.

We spent Sunday night in Mondragon and got up early on Monday morning to drive back to Colindres. 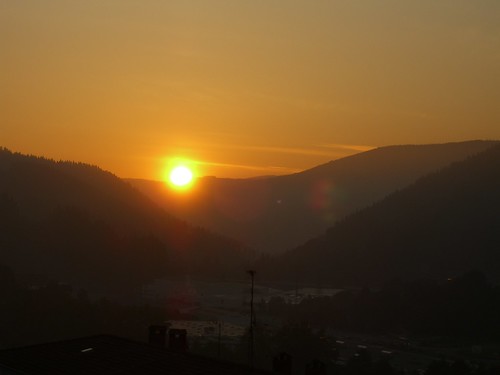 The sun rising in Mondragon.

I had a good time on Sunday. The weather was perfect for spending the afternoon outdoors, and I thought it was a clever way to memorialize a man who spent pretty much all of his free time teaching children to play soccer.

I think that I would enjoy being a sports photographer. There's something about the framing, the lighting, and pressing the button at just the right moment that I find quite fun. Either that, or a sniper. I haven't decided yet...